Your local hardware will display either the number, the name, or both (or neither if it has no display...). If you have an Analogue Telephone Adaptor set to sending caller display to your analogue phone(s) using BT's SIN 227 standard, then this standard also has fields for caller's number and caller's name and those fields will be populated. 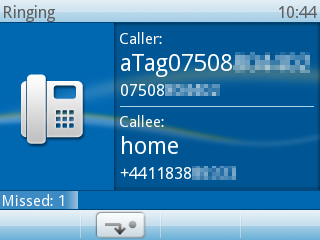